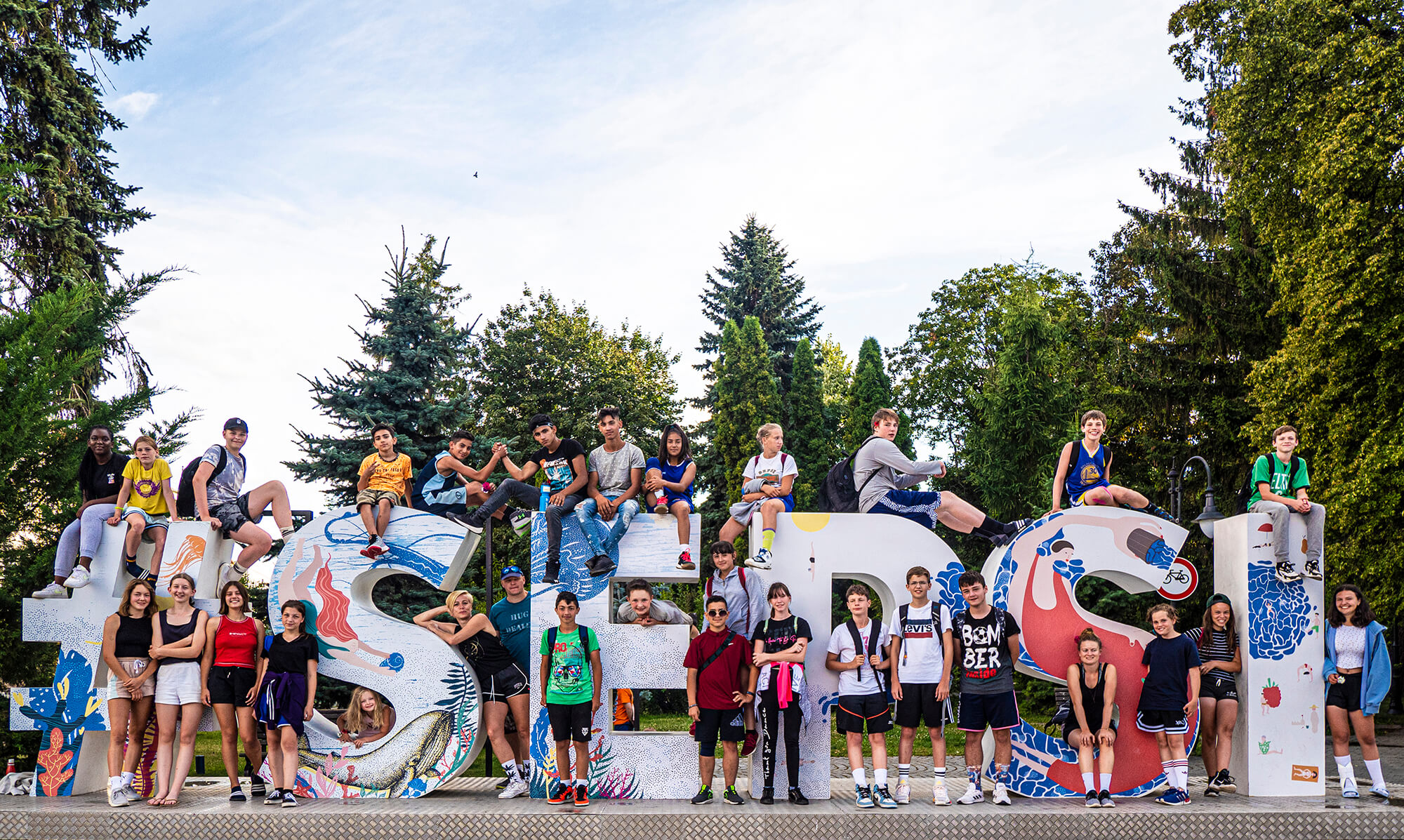 Never skip steps. This is perhaps the most fundamental philosophy of basketball or any other sport for that matter. It takes time for players to learn and understand the concepts and we cannot skip them. It takes time and we must obey to this simple truth. This is also why it is hard to do – just as mentioned in one of the previous posts: if it is easy to do, it is also equally easy not to do. Same goes with skipping the steps, concept itself is as simple as it gets, but because it is simple, it is also easy not to act on it. This is exactly what we were teaching this week to players of Bögöz village – not skipping the steps, learning the basics. There have been many great basketball players and there is yet one to come who would say – nah, basics doesn’t matter! Every single one has mentioned at some point of their career that learning and understanding of basic concepts and skills of basketball was a crucial part of their journey to become best of the best. Who are we to assume otherwise? Know it all?

In this foggy morning we only had sixty minutes for a practice. While the youth of Munich were just waking up and going for breakfast, me and Sandy started off with Bögözians on the field. This morning we would work only with the local youth to return to five-out concept of pass, cut and fill. At 1000 we had to move out and take a journey to city of name Szent György which was give or take around two-hour drive away. Accounting for my lack of Hungarian, the practice went well, and we could work on two sides simultaneously to develop understanding of the five out concept. It seems that the most important thing is to really take time and put in an effort with this youth. In some instances, they lack discipline and guidance. We can’t teach them for life within a week, but we can give them a glimpse of how it is to set decent standards and implement them. It is always heart warming to see in eyes of the people the change their experience in the moment once you set them up for something they did not know they can achieve. Me? Am I able to do this and succeed? Yes, you are. You know, since ancient philosophers, we know that we are what we repeatedly do, and it goes both ways. For me it seems that Bögöz kids receive more signals that they wont amount to anything than they get encouraged… and it takes great character and inner strength not to default on failure. This makes me think – maybe, therefore we are here, even if promptly, we can reach inside them and trigger a vibration, a belief – yes, I can! And maybe, it would keep resonating and grow over time, and just maybe – we have changed lives and turned destinies. Just maybe. Now, keep cutting – we run in opposite direction of the ball! If you pass right, you must go left; if you pass left, go right! Move, keep moving, rotations! Good job, now faster! Just maybe.

On the road we go. There is always something about the bus rides – you never really know what you will get. Sleep? Chit chat? Games? Dancing? We get plenty of all, two-hour drive flies by and we get out at the gym. Oh, this is an older one, it has the vibe of the past. Oldschool wooden floor, with thick floor paint, not too many lines – just enough to accommodate two or three most common sports played here. Basketball is one of them.

Girls are playing first, then the boys. We already know that opponents are good, they are missing some of the lead players as they had to report to the National Team. Nevertheless, competition is fierce – this will be a very interesting game. Running time, five times ten minutes. Jump ball.

Hellgöz girls started with a lead at first, but after first two fifths the home team took over and held the lead till the end. From our side we tried to implement the strategy of pass, we taught the Bögöz girls this week, in the offense and just get as many stops and push as many bad shots as we could on defense. It seemed to work just fine, and game developed very fluently. Both teams scored, we did more penetration that shots, but the opponents were shooting more than penetrating. Long story short it all came down to 53 to 50 with four seconds to go – favor for the home team. Our players used the oldest trick in the back and after a foul play they closed the distance by letting the ball roll on the field. This was an interesting occurrence as the home team could’ve just let the time run out on foul and call it a day, but it seems that the opponents Coach wanted to test their defense on last shot. Well, we had to take a 3p. After picking the ball up, it was just the time to perform two short dribbling actions and release the ball and… well it went in! 53 to 53, friendship wins! What a great score to end an equal friendly game, also with a great shot from our side.

Boys were up next. This seemed to be a game with a score determined before the game began. We spoke with the opposing team Coach, and it was a younger team with about one year difference. But you know – the playing part here was more important than the winning. Also, the kids here did not have the ability to play a season and for everybody the ability to play again was something amazing. Even if you were playing against a bit older and bigger opponent, it did not matter – playing the game matters.

After snapping a beautiful picture of all the participants – everybody was as happy as hungry. We decided to grab a pizza before our drive home. While the order of local restaurant was pending, we found a nice place to sit – on the stairs of nearby square, just on side of a city park. Beautiful place, full of flowers and it even had a water fountain! Well, even two – but the second was more like an object to get refreshed in a hot day, than a fountain. It consisted of a basic wooden frame with some rubber hose attached to it. The idea was brilliant – the hose had running water in it, but the openings were so fine that it turned water in a fine curtain in the air. This way one could go through it without getting too wet and still get water on one’s body to refresh one in a hot summer day. Brilliant solution!

Pizzas were also superb. It seemed less than deserved by playing this hard today, but there was dinner awaiting us once we get back to “Székelykapu Panzio”. Our lovely bus drivers had done their job once more and buses were just about 200m away from us. So, we just took a quick photo at the big letters on the side of the city square and it was time to depart beautiful Szent György. Even if this was a brief visit – a nice one, new friends, good food and amazing memories.

Company, as good as it gets, assured that the bus drive was as good as always. There was nothing more planned for this evening, just dinner and feedback session. For our bodies require sleep, tomorrow comes with new adventures!