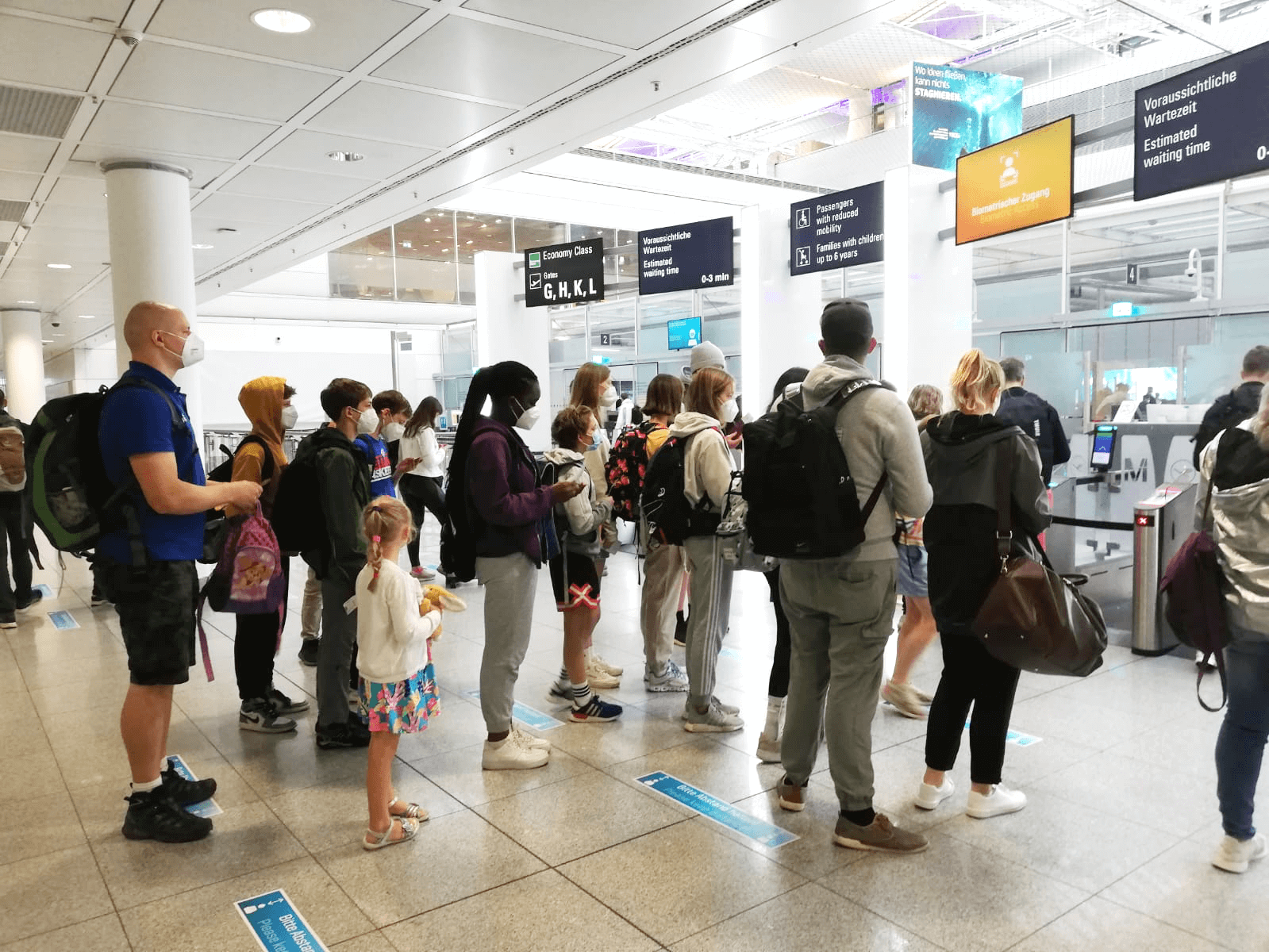 This was a good day. As it usually is, when one finds oneself on the verge of new adventures and experiences. Romania – this is our adventure this week, for seven days we will be exploring part of the country through the prism of basketball – a prism that, as Miriam nicely put it, requires no words. For some of us this is not the first time coming to Bögöz, they have seen many sides of this part of the world – this won’t be their story. Story you will emerge into will be written by somebody who visits this place for the first time. This is a prism of  first time experience.

Our journey starts on a rainy summer Sunday at 8.00 in Munich International Airport. Meeting point is on the first floor of Terminal 2, in the hall just before security control. The first members of this journey are already present and as one would assume – it is always good to plan some extra time on journeys aside from the flight itself. Especially if the travel includes a group of 15 young adults out of a total of 17. Once everybody arrives, it’s time to say our goodbyes for the next seven days and move on to go through security control, border control and boarding procedures to get to our Lufthansa flight with the number 1664 from Munich to Sibiu. As it later turns out, as much as it was rainy in Munich – it would be as sunny and stale in Romania. For us – complete difference and change of pace, just as the country itself. We board our CRJ series jet precisely at 11.00 and take off shortly after. A little over one and a half hours later we find ourselves in another world.

I am not really sure what hit us first – the heat wave or the size of the Airport. To be honest, relatively good for a city with a population just over 155’000. Nevertheless, one piece building with two paths – arrival and departure – seems a bit small if you just left the monstrosity of what Munich International Airport is. Of course, this might just be a part of their job training, but the first contact shapes one’s vision of the country and it was a welcoming one. The airport itself might be an older one and not as modern as seen around, but people were nice and that is what counts. After a short stop at “whiskey charlie” we moved on to find our drivers – they would bring us to Bögöz.

As we had to make a couple of stops in between, we spent about three hours on the road. Putting hot weather aside – roads are smaller than we are used to in Germany and also in a worse condition, but they are mostly being repaired by making cut outs locally and filling the damaged parts with fresh asphalt. At one point the repairs were not finished and left open – this of course leads to slower traveling times as the chauffeur always has to be aware not to hit one of them. Other than that – a pretty solid drive with very beautiful landscape. There were some occurrences where we had to stop as somebody from the group got sick from all those ups and downs and on the side of the road the local man showed his readiness to help by giving us ice cold (literally – it still had ice block in it) water bottle. Very strong gesture. Moving on.

Interesting observations are the houses. Villages all seem to be very similar with houses being built at the street and then stretching away from it in a rectangular manner. Beside the house would almost always be some kind of gate for car access and the front fence would be quite large – so you can’t properly see over them and tell what’s inside. Usually it would be another building and/or a piece of land with a garden on it. Houses are also very colorful – many different colors could be observed throughout our journey. Another rather peculiar thing – the aesthetic and constructional states would vary greatly from house to house. There could be a new, modern house built in between some worn off houses, where one would question it – whether anybody can live in something like that and if it is even safe? Really, there would be one seemingly expensive house and right after it three in a very poor condition. Then again another expensive one. This particular observation could be made again and again as we kept driving through various villages and cities. Did not matter how small or big the city was – this phenomenon could be observed throughout.

Another interesting mention is the geopolitical situation. We find ourselves in a municipality that used to be part of Hungary, but after the second world war was separated and added to Romania. To this day inhabitants here speak Hungarian and children are learning Romanian as a foreign language in the school. At this time there are more insights to be made in the upcoming days to look at this particular case of people with one identity living in a country with completely another identity. Just something to keep in mind as a reader.

Not to make this too long – I have to make a stop here. Altogether very beautiful country from what we have seen so far. Many more things have yet to be seen, lessons learned and friends made. In Romania, Mugeni or how Hungarians call it – Bögöz.